Working Towards a Level Playing Field in Sport

The day started with the group watching a video on the topic of racism that set the scene and initiated the early discussions that looked at what challenges those in sport had in recognising and dealing with racism.

The discussion flowed and as the day went on it was clear that staff members were becoming more confident around this topic as we discussed racism holistically looking at historical and current events. We explored how people are influenced in society sharing examples of media bias and the impact this has on certain groups. 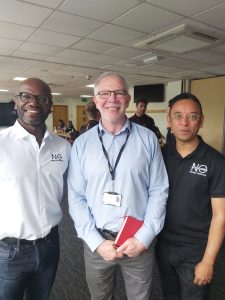 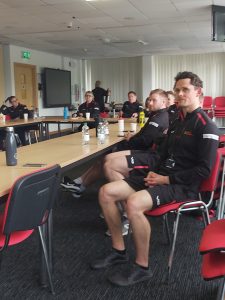 Towards the end of the day, we were also joined by the Chief Executive Officer Brian Davies and other senior staff members who through conversations with staff members provided positive feedback which was great to hear.

Overall, through discussion we felt that the day was extremely positive for all providing a better understanding of racism, provoking thoughts, critically reflecting and prepared to be anti-racist members of society.

We were also treated to a wonderful lunch which catered for all and included foods from around the world to the end morning session.

“No Boundaries delivered a really good informative session. All the information provided was useful and relevant to help develop my knowledge around Racism in Sport and to become an ally”