No Boundaries Training & Consultancy were commissioned by Rhondda Cynon Taf County Borough Council (RCTCBC) to support their ongoing work on race equality.  The aim was to better understand the experiences of racism in Rhondda Cynon Taf through a number of various consultation methods.

A final report was produced by us and included seventeen recommendations to the council which will now be considered and acted on. 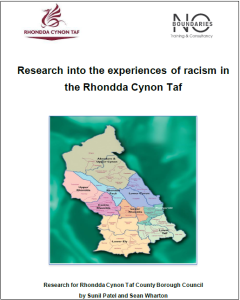 Through various methods of engagement, we consulted with 541 people across RCT over eight weeks including pupils, teachers and residents.  The number of Black, Asian and Minority Ethnic people living in the borough is 3.6% and we were pleased to have input from 12% of the Black, Asian and Minority Ethnic communities in the area during our consultation.

The report was produced alongside other commissioned work including lesson plans on Black, Asian & Minority Ethnic history, identity and culture to support teaching in schools.  We also produced an anti-racism film that will be used for educational purposes. 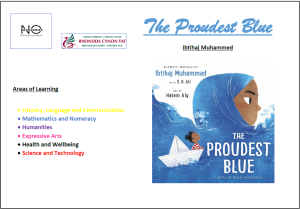 Firstly, we created a collection of lesson plans based on the book ‘The Proudest Blue’, aimed at primary school pupils aged 5-8.

The book is based on the different experiences of two sisters at school.  One of them wears the hijab on her first day and has negative experiences.  Inspired by the experiences of Olympic medallist Ibtihaj Muhammad, the book tells a powerful story about the bond shared between siblings and being proud of yourself and your beliefs.

There are plenty of opportunities for teachers to educate about identity, culture, feelings and multiculturalism using the lesson plans.  The lesson plans support the six areas of learning in Wales: Literacy, Language and Communication; Mathematics and Numeracy; Humanities; Expressive Arts; Health and Wellbeing and Science and Technology. 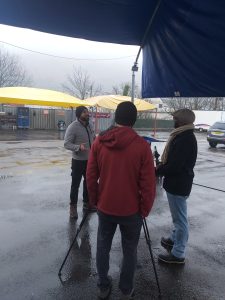 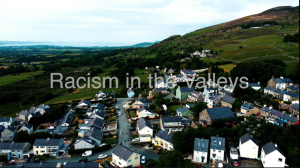 Racism in the Valleys educational film

We produced a short film featuring local people who shared their stories about racism from the early 1980’s. The film explores how racism still manifests today in its various forms by drawing on the personal experiences of individuals within the community. Our aim was to reveal the ways in which racism effects people from a young age and to capture how victims of racism are affected through their adulthood.  We are grateful to the individuals who participated in the film that will now be used to support education staff in RCT.