Bringing Communities Together Through the ‘Cohesion Cup’

On a warm Spring Day at the end of March, No Boundaries Training & Consultancy arranged a community cohesion football match between Cambrian & Clydach FC and the Football Association of Wales (FAW).  The match was arranged by us as part of the commissioned work we agreed with Rhondda Cynon Taff County Borough Council.

The day was also supported by South Wales Police who attended and provided some freebies to fans who came to watch the match.  The FAW kindly donated match tickets to Wales football matches and a signed football shirt.

In a bizarre twist of fate, No Boundaries Director Sunil Patel was reunited with ex Cardiff City footballer Roger Gibbons and the match official Amin Said after 39 years.  In 1982, both Sunil and Amin were studying at Grangetown Primary school and visited players at Cardiff City including Roger Gibbons with other pupils.  It was great to share old memories together before the action on the pitch got underway. 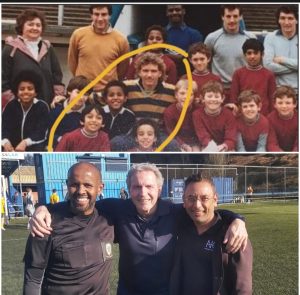 Prior to kick off, both sets of players took a stance against racial discrimination and took the knee.  Former Wales international David Cotterill was a guest player for Cambrian & Clydach FC alongside Saint Kitts international player Theo Wharton.  This seemed to provide the advantage to Cambrian who scored early in the match which set the tone for most of the game.  The match was won by Cambrian & Clydach FC, but a gallant effort from the FAW who pushed them to the end. 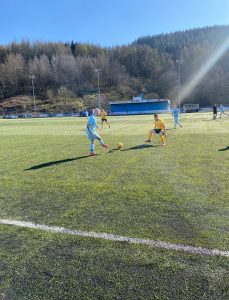 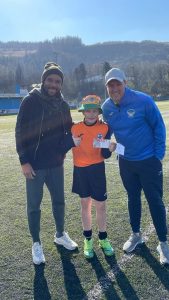 Former Wales internationals Danny Gabbidon and Steve Jenkins were also in attendance along with ex Cardiff City player Scott Young who helped draw the raffle and hand over the prizes to the winners.

We would like to thank everyone involved with making the day a success especially the Rhondda Cynon Taf County Borough Council, the Football Association of Wales, Cardiff Referees Society and Cambrian & Clydach Vale FC. 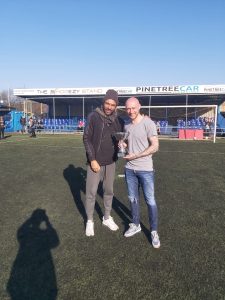