‘An Anti-Racist Wales?’ Panel and Fundraiser

On Monday 6th December, No Boundaries Training & Consultancy hosted a fundraising event for the Free Siyanda campaign at Hoogah Café, Bar & Kitchen in Brynmill, Swansea. It was amazing to see so many people come to support the campaign at this sold-out event. We would like to thank the attendees and Greenwich Unite Branch for their generous donations that helped us raise £250 for the cause.

We named the event ‘An Anti-Racist Wales?’ in response to the Welsh Government’s Anti-Racist Action Plan. As Siyanda’s mum Cammilla pointed out when she joined us via Zoom at the event, if Wales wants to be anti-racist by 2030, those in power must look at cases like Siyanda’s and listen to those who demand justice.

Here is a video from the #FreeSiyanda campaign with more information on Siyanda’s story: 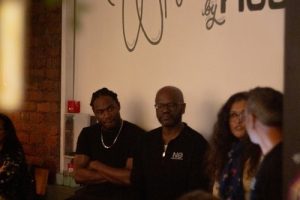 Our panel was hosted by Sunil Patel (Co-Founder and Operations Director of No Boundaries T&C) and guests included:

Andrew Ogun – Andrew is an artist and BLM Gwent organiser who has been appointed as an ‘Agent for Change’ by Arts Council Wales and has played a crucial role in the Welsh government’s Race Equality Action Plan. 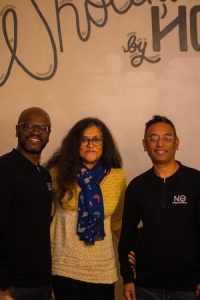 Nimi Trivedi – Nimi was forced to leave Uganda as a child. A lifelong anti-racist, Nimi is a UNISON equalities officer, a steward and a member of the UNISON Black Members group in Wales. Nimi has spoken at and chaired many Stand Up To Racism events in Wales and Britain.

Sean Wharton – Sean is a former footballer and was the first Black schoolboy to play for Wales at the age of 14 and also the first Black player to be signed as an apprentice at Sunderland AFC. He is also a qualified social worker having worked within different disciplines throughout social care since 1991. He is also the Co-Founder and Lead Facilitator of No Boundaries T&C.

Important and challenging conversations were had between the panel and the audience and there was a strong sense of community during the event which gave many guests the hope that we can create change in our local area and demand justice for Siyanda.

Thanks again to all who supported the fundraiser and if you didn’t manage to come along but want to show your support here are some useful links to help you get involved: